Rob Cross is the founder and research director of the Connected Commons, a consortium of over 100 leading organizations accelerating network research and practice.

Role transitions are frequent experiences in today’s dynamic economy. Unfortunately, they are prime opportunities for talented people to stumble and underperform.

Our research in more than 300 organizations over twenty years has shown that strategically building and leveraging personal networks is one of the most important actions people can take during a transition into a new role.

We identified what we called Fast Movers—employees at all levels who became much more connected in their organization than their similarly tenured peers. These newcomers were productive more quickly, more engaged and more likely to stay in the organization.

Then, through 160 interviews, we learned that top performers fast-tracked productivity and success in transitions by doing three things:

We identified 12 practices that people can use to avoid common pitfalls, scale early results, reduce collaborative overload and tee-up future wins. Many are counter to common advice about starting a new job and easily overlooked. Notably, this game was not won in the first 90 days. Targeted actions over the first year—and especially at the 9-month mark—were critical to ongoing success.

Our research also showed how onboarding processes and actions by leaders and managers can help newcomers rapidly integrate into the network and develop the social capital needed for high performance.

Most organizations, if they address networks in transitions at all, treat everyone the same. This is a major mistake—our research was clear that context matters. For example, executives entering a new company need to initiate, engage and refine their networks differently than recently promoted first-level leaders. Role transitions are also relevant to diversity and inclusion efforts—for example, our research revealing network habits of successful women creates nuanced guidance to support women entering into new roles and new organizations. 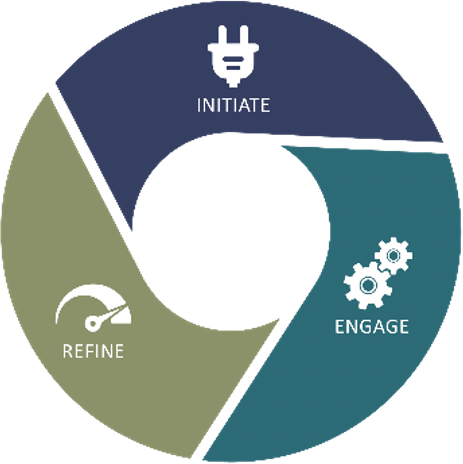 It’s Not a Big Network that Matters

Most of us know networking matters in a new role, but we do it wrong—seeking many introductions, getting face time with formal leaders, attending cocktail hours or networking events to create a big network. Our research shows there is a better way.

It typically takes 3-5 years to replicate the valuable network of a high performer—but Fast Movers accomplish this in 9-12 months.

Learn from these Fast Movers to initiate, engage and refine the networks needed for productivity and long-term success. 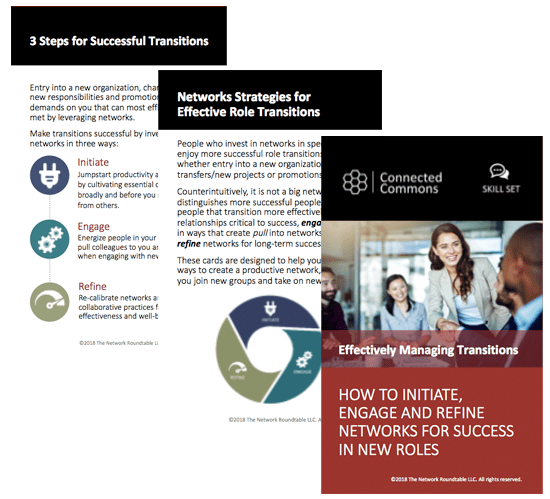 Leveraging personal networks is one of the most important actions people can take during a transition into a new role.

Through keynotes, custom programs for companies and courses and tools, Rob offers research-based, reality-tested insights and advice for the thousands of people changing roles every day, as well as for HR and business leaders eager to make the most of their talent.

Develop onboarding strategies and coaching practices that make role transitions more successful for individuals and for the organization.

Learn how to address specific groups and scenarios, including senior-level leaders entering a new organization, new hire onboarding, and internal promotions and lateral moves, as well as coaching women in transition. 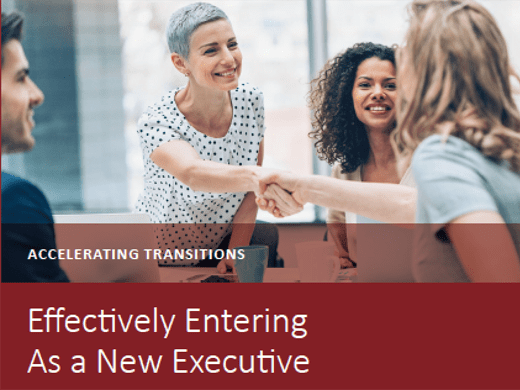 Rob Cross has studied the underlying network dynamics of effective organizations and the collaborative practices of high performers for more than 20 years. Through research and writing, speaking and consulting, and courses and tools, Rob’s network strategies are transforming the way people lead, work and live in a hyper-connected world.

END_OF_DOCUMENT_TOKEN_TO_BE_REPLACED

Rob Cross is the research director and a co-founder of Connected Commons, a consortium of leading organizations accelerating network research and practice.